Did we mention ….we have Johnny Kirk, International Chef ready to cook for you?
Better yet, he is sharing 2 recipes an issue and you can learn to bring them to your own table!

Award winning chef Johnny Kirk’s interest in culinary arts began from his perch on the kitchen counter watching his mother and grandmother preparing not only family meals but also the baked goods his grandmother sold locally.  But it wasn’t until he working his way through college at The University of Mississippi that he worked for his first restaurant.  After graduating from UM with a degree in Psychology, Johnny attended Johnson and Wales University in Charleston, SC graduating with a 4.0 and an Associates degree in Culinary Arts.

Back in the mid-south, his first job was with renowned Master Chef Jose Guitierrez at Chez Phillipe.  Kirk served as Executive Chef at some of Memphis’ most popular establishments before opening his own restaurant, Stella, in downtown Memphis.  During Stella’s five-year run, both the restaurant and Kirk received many accolades including Best Chef and Best Restaurant.  He has been featured in many national publications including Wine Spectator and Southern Living.  In 2006, Kirk was honored by the James Beard Foundation in NYC and named a “Rising Star” of American Cuisine.

After selling his restaurant, Kirk headed to New York City to attain his certifications in Hydrocolloids and Sous-Vide.  While in New York, he enjoyed working with Wylie Dufresne at WD-50.

Born into a farming family in the Mississippi Delta, Kirk knows first hand the importance of a farm to table approach to food.   This belief and his search for a better tasting and healthier product, has brought Kirk full circle back to his farming roots.  He began his farm, Third Plate Pastures, in 2015 and is trying to revive the practice of holistic ranching.  Practicing such techniques as pasture rotation preserves the integrity of the land.  Allowing all of his animals to forage freely among the fields and woods on a wide variety of fruit and nut trees produces a higher quality, healthier meat that is in demand by regional chefs.

Kirk enjoys teaching and mentoring upcoming chefs and is working on his first cookbook. 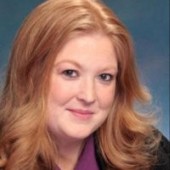 A Unique Place to Explore

Because we want to LOVE our Homes!

Upcoming Artist …showcased in every issue!

By submitting this form, you are granting: OTB Marketing & Design, 24 Rio Lane, St.Catharines, ON, L2N 6V9, permission to email you. You may unsubscribe via the link found at the bottom of every email. (See our Email Privacy Policy (http://constantcontact.com/legal/privacy-statement) for details.) Emails are serviced by Constant Contact.